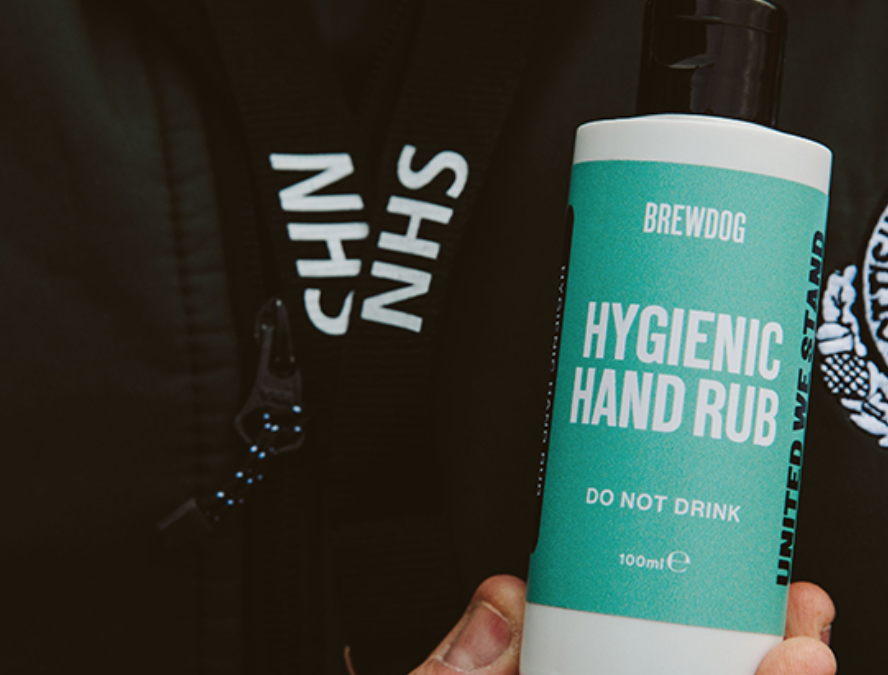 BrewDog: a first-class lesson in how to do consumer PR during a pandemic

The COVID-19 pandemic has had a colossal effect on businesses around the world. Many have had to alter the way they operate and put plans on hold, and some have even ceased trading completely.

In order for businesses to emerge from such turbulent times intact, they need to pay close attention to how they are perceived by customers and the general public, and those that do not consider their Public Relations will find it more difficult to weather the storm.

Beer company, BrewDog, has been praised throughout the pandemic for its on point response to the ever evolving situation, which has seen it implement innovative and creative PR campaigns, as well as coming up with ways it can help during the current crisis.

On 18th March, the company’s founder announced on social media that BrewDog’s distillery would not be brewing its signature beer, Punk IPA, for the foreseeable, and would instead make ‘BrewGel Punk hand sanitiser’ in a mission to help combat the nationwide shortage. The brand received an instantaneous positive media reaction, especially as it announced it would be supplying its sanitisers to hospitals and vulnerable people free of charge.

By shifting its manufacturing to create hand sanitisers, BrewDog has shown its acute awareness of how, as a brand, it can help during this pandemic, as well as a willingness to move its focus away from sales and the production of its bestselling beer in order to help those in need.

BrewDog also recently announced that once lockdown is over and its bars can reopen, all customers are entitled to a free beer:

“Good beer has always brought people together. Through the best of times and the worst. Soon, beer is going to do that again. And when that day comes. When all of this is over. We are going to buy everyone a beer. Until then, stay home. Stay safe. And look after each other. We’ll see you on the other side.”

This is a clever move, encouraging customers back into BrewDog bars as soon as it is safe. Anyone can register for their free beer and there is no cut off for how many people can register.

The company also went on to launch the pre-sale of its limited edition beer titled “Barnard Castle Eye Test Hazy Durham IPA” last week, with all proceeds going towards funding its production of free sanitiser for the NHS and other health care charities.

Adding to its CSR efforts, BrewDog is a prime example of how brands can add value during times of struggle and uncertainty and, if executed well, PR can make people remember them for the right reasons.

Hats off and cheers, BrewDog!

">
3 reasons to get to know your target audience for PR success
">
My first week at Make More Noise
">
Burger King becomes the king of consumer PR with ‘its social distancing crowns’
">
My highlights whilst interning at Make More Noise
">
Why your brand could be losing followers on social media
">
Navigating crises with humour: should a PR blunder be a laughing matter?
">
Working remotely: my first week interning at Make More Noise
">
BrewDog: a first-class lesson in how to do consumer PR during a pandemic
We use cookies on our website to give you the most relevant experience by remembering your preferences and repeat visits. By clicking “Accept”, you consent to the use of ALL the cookies.
Cookie settingsACCEPT
Privacy & Cookies Policy

Any cookies that may not be particularly necessary for the website to function and is used specifically to collect user personal data via analytics, ads, other embedded contents are termed as non-necessary cookies. It is mandatory to procure user consent prior to running these cookies on your website.