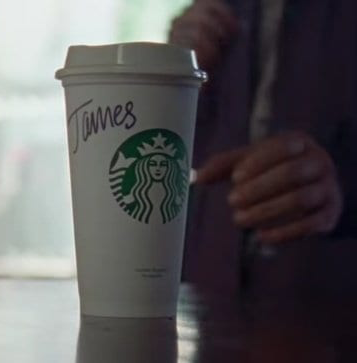 Starbucks UK has been praised for its latest advert supporting Mermaids, an organisation that helps transgender and gender-diverse youth.

The video sees the coffee giant share the story of a transgender teenager repeatedly referred to using their birth name ‘Jemma Miller’, including by a delivery person, receptionist, phone caller and their own father, even though they no longer identify with it.

The teenager is then asked by a Starbucks barista: “and what’s your name?”, to which they reply, “It’s James”, with a smile. The barista then, in true Starbucks style, writes ‘James’ onto his coffee cup.

The advert perfectly depicts how hard everyday situations can be for people transitioning, and what it means for brands to show acceptance and inclusivity. It also highlights how ‘deadnaming’ (referring to someone by their birth name even they no longer identify with it) can cause extreme discomfort and upset.

Starbucks’ name-writing tradition, which is used in all of its coffee shops, is described in the caption of the video as ‘a symbol of our warm welcome’ and ‘a small gesture, symbolic of what we believe in: recognition and acceptance, whoever you are, or want to be.’

The advert forms part of a wider campaign titled ‘#whatsyourname’, which follows the stories of various trans individuals to raise awareness of the struggles they face on a daily basis. It has been well-received by most and won Channel 4’s ‘Diversity in Advertising’ award, which granted Starbucks £1 million of free airtime for the advert.

The campaign has inspired many trans individuals to share stories of their own experiences on social media, and others have praised Starbucks for conveying such a positive and moving message.

As part of its partnership with Mermaids, Starbucks stores across the UK will also sell mermaid tail cookies, with a proportion of the money from sales donated to the charity.

At Make More Noise, we take inspiration from campaigns focusing on pressing issues not always highlighted in mainstream media, and we applaud Starbucks for using its voice to shine a light on an issue that isn’t discussed nearly enough.

If you would like to donate to Mermaids, visit: https://mermaidsuk.org.uk